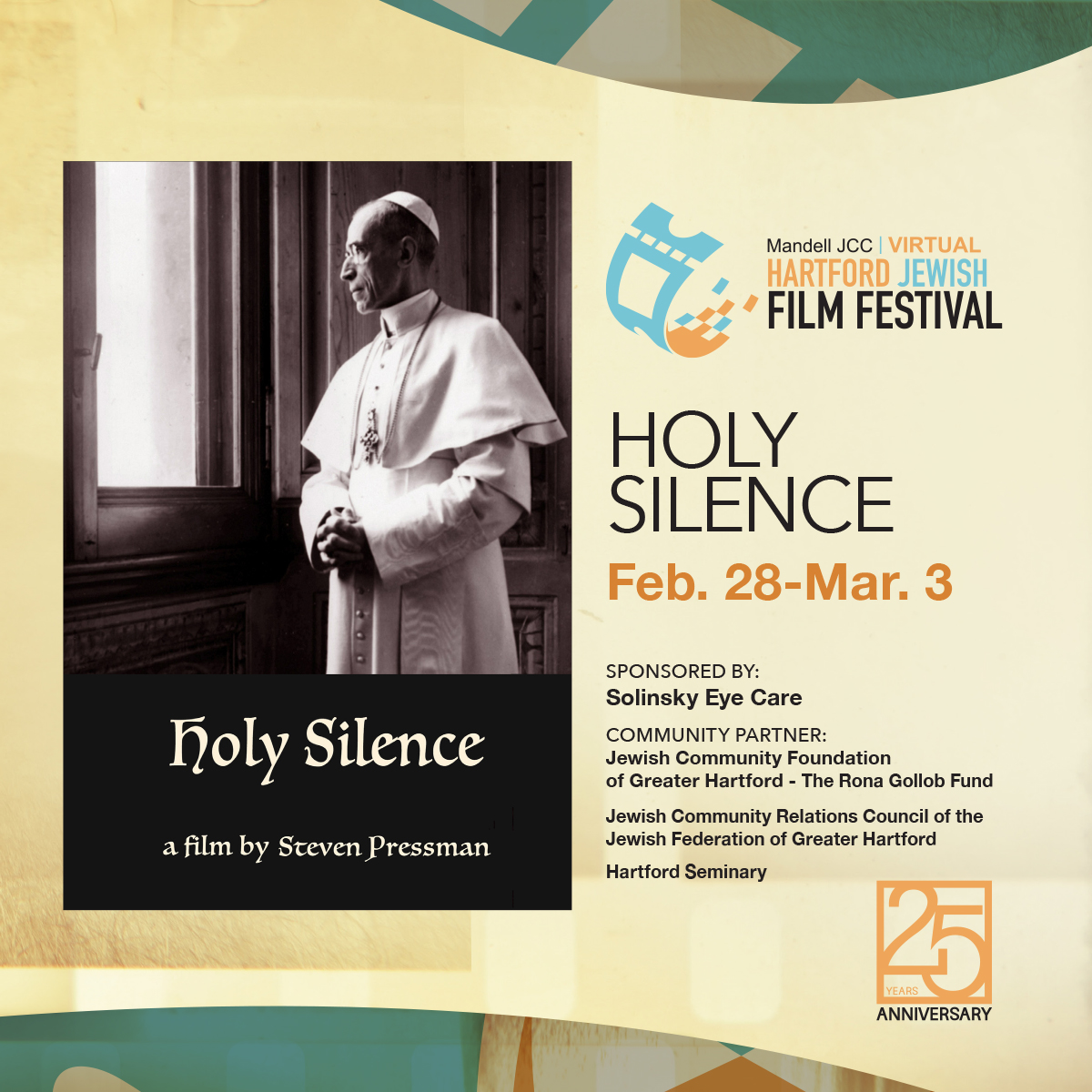 Decades after the horrors of the Holocaust, a controversial debate continues over the role of the Vatican during that dark period of modern history. At the center of the debate is the pivotal question of what, if anything, Pope Pius XII might have done to resist the rise of Adolf Hitler and Nazism and intervene on behalf of the Jews of Europe.

Holy Silence is a documentary that cuts straight to the heart of that ongoing debate. In doing so, the film also focuses on a fascinating cast of historical figures, each of whom played a crucial role in the effort to shape the Vatican’s response to the Holocaust: a humble Jesuit priest from New England, a leading American industrialist dispatched on a mission by President Franklin Roosevelt, and high-ranking officials within the Vatican determined to carry out their own objectives.

REEL TALK | March 2 | 7:30 p.m.
The Reel Talk programs featuring special guest panelists seek to enrich your cinematic experience with background, opinions, and interpretations. These filmmakers, authors, academics, and historians join us for live programs along with Q&A sessions on Zoom.