ALL IS CALM: THE CHRISTMAS TRUCE OF 1914 (Stream Online) 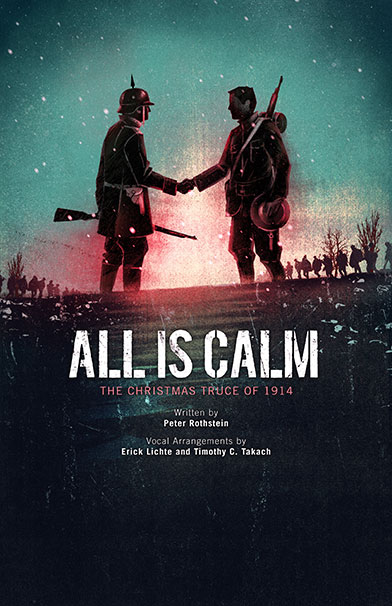 ALL IS CALM:
THE CHRISTMAS TRUCE OF 1914

This is a film of the play. This play was originally scheduled to be produced by Playhouse Theatre Group, Inc. live at Playhouse on Park. As a result of guidelines put forth by Governor Ned Lamont and out of concern for the safety of our staff, cast, and crew, the play was filmed outdoors without the presence of a live audience. All involved in the making of the film of this play were required to adhere to an extensive safety plan.

A remarkable true story from the Western Front. All is Calm: The Christmas Truce of 1914 relives an astounding moment in history; in a silence amid the combat, a soldier steps into no man’s land singing “Silent Night.” Thus begins an extraordinary night of camaraderie between the Allied troops and German soldiers. They lay down their arms to celebrate the holiday, share food and drink, play soccer, and sing carols. This dramatic retelling weaves together firsthand accounts of World War I soldiers with patriotic tunes, trench songs, and Christmas carols.