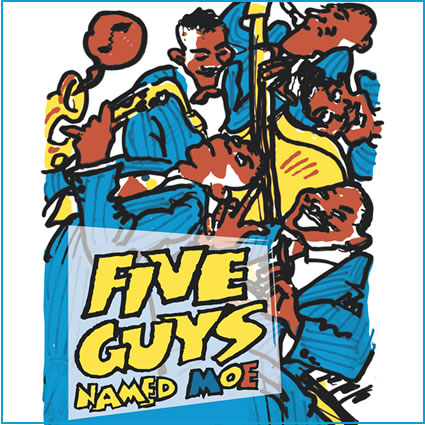 His woman left him, he’s broke, and it’s almost five a.m. But don’t worry about our hero. All he needs is the right music—and the right guys—to get him through. Enter five guys named Moe, stepping out through his radio to cajole, comfort and jazz him with dozens of whimsical hit songs from the extraordinary Louis Jordan. FIVE GUYS NAMED MOE is an international sensation. Initially produced in London’s West End by the legendary Cameron Mackintosh, this exhilarating, all-embracing theatrical experience moved to Broadway in 1992 and was nominated for two Tony Awards.