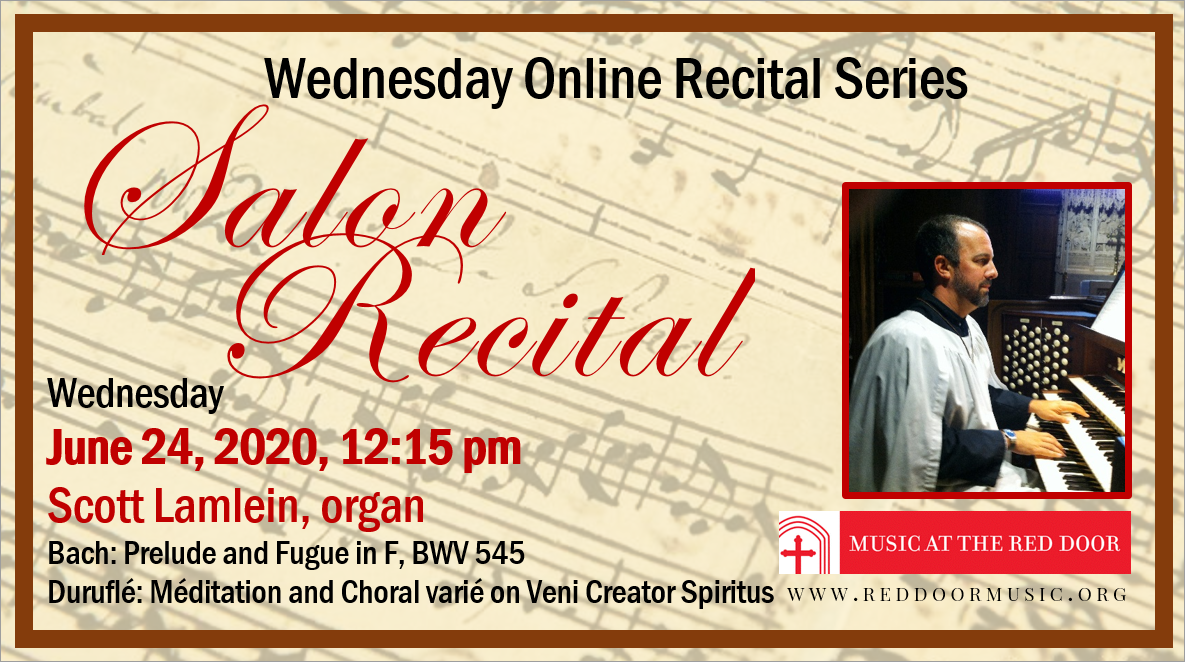 On Wednesday, June 24, at 12:15 p.m., organist Scott Lamlein will perform a solo recital on the Austin Organ at St. John’s Episcopal Church.

Scott Lamlein is Artistic Director of Music at the Red Door and Director of Music and Organist for St. John’s. Active as a concert organist, church musician, choral conductor, teacher, and concert presenter, Lamlein is noted for his inspiring musicianship; a review in The American Organist, the journal of the American Guild of Organists, noted that “he plays with conviction, infusing virtuosic flair and fire” in the music.

More details on this event may be found here: