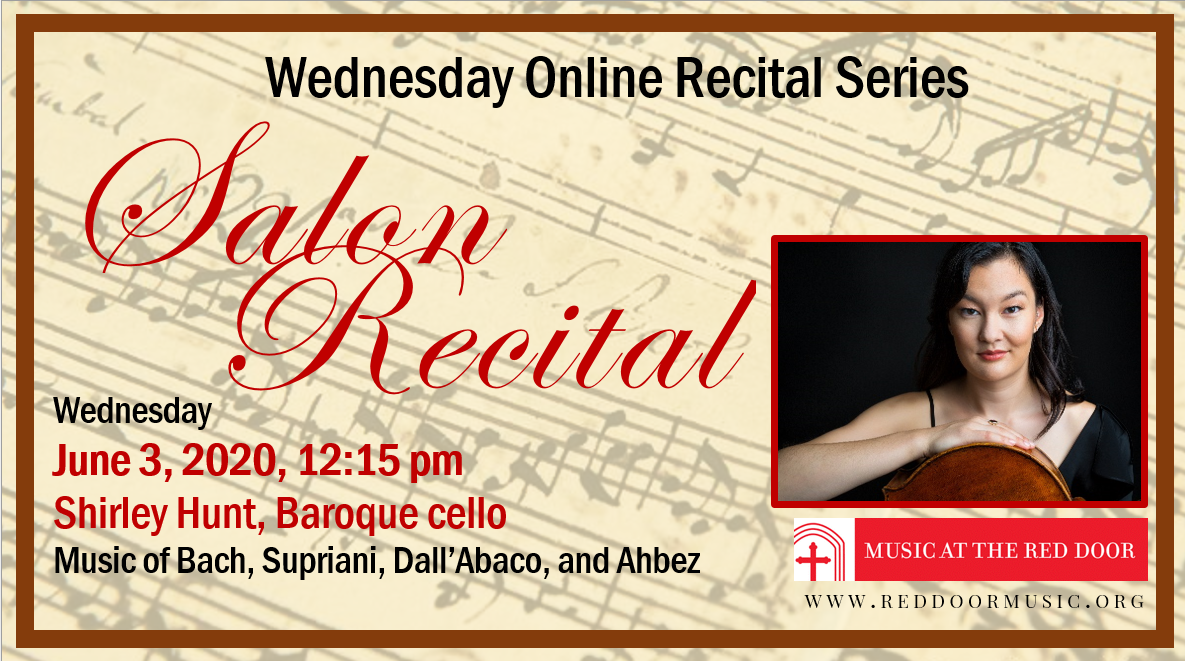 On Wednesday, June 3, 2020, at 12:15 p.m., highly-acclaimed Baroque and early music cellist Shirley Hunt will perform a solo recital from her home studio.

Praised by The Strad as “stylish and accomplished,” internationally respected baroque cellist Shirley Hunt has performed and recorded with the nation’s leading period instrument ensembles including Handel and Haydn Society, Boston Baroque, Philharmonia Baroque Orchestra, American Bach Soloists, Trinity Baroque Orchestra, TENET, the Sebastians, and New York Baroque Incorporated. Recent season highlights include performances at the Metropolitan Museum of Art, the Isabella Stewart Gardner Museum, the Library of Congress, and the Museum of Fine Art Boston. Originally from Portland, Oregon, Ms. Hunt was born into a musical family and is the younger sister of the late mezzo-soprano Lorraine Hunt Lieberson.

More details about this event, including a bio of the artist, may be found here: