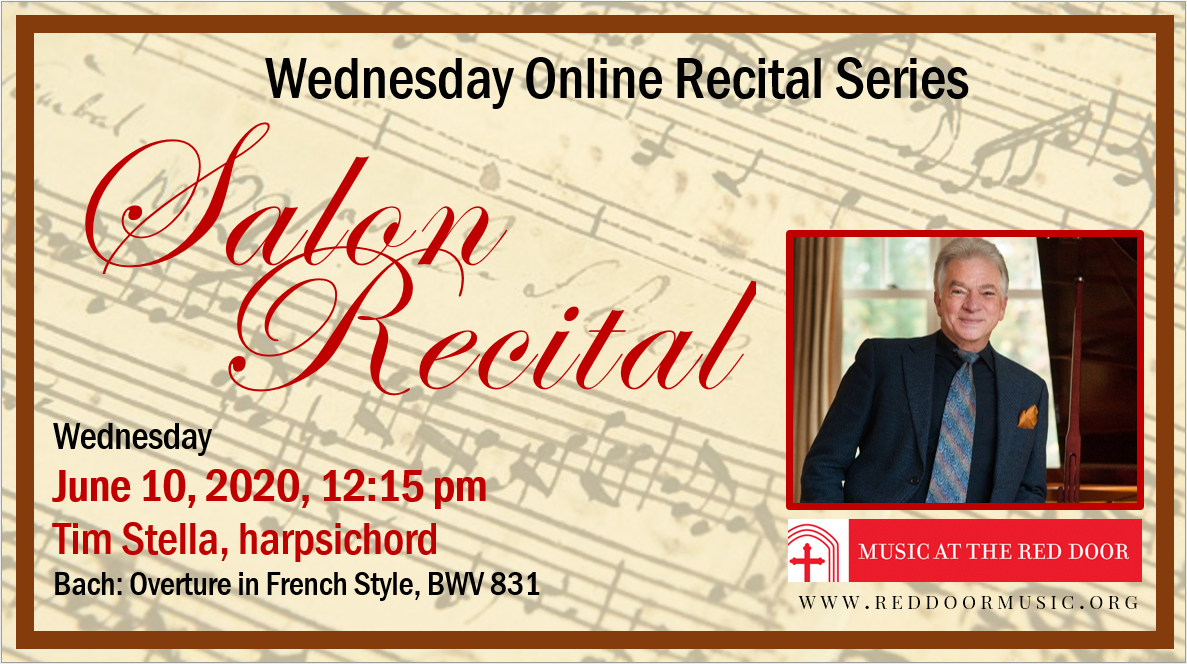 On Wednesday, June 10, at 12:15 p.m., conductor and keyboard artist Tim Stella will perform a solo recital from his home studio.

As Associate Conductor of Broadway’s The Phantom of the Opera for the past twenty two years, Tim was part of the last and only show performing on March 12, 2020 before the shutdown. He served as Vocal Coach to Emmy Rossum as Christine, and Gerard Butler as the Phantom for the film. In addition to Music Directing a multitude of Broadway Shows for over forty years, he was a keyboard specialist on numerous albums, soundtracks and commercials. Mr. Stella is the former Resident Music Director, at Goodspeed Opera House, Organist, Arranger, and Conductor, at Radio City Music Hall and Conductor of Hartford Symphony Orchestra’s Symphonic Sondheim, a special concert he programmed. He has been the Music Director for over forty years at the Church of Saint Peter Claver, West Hartford, CT. Mr. Stella graduated from the Hartt College of Music, and was honored as Alumnus of the Year in 2000.

More details on this event, including a bio of the artist, may be found here: