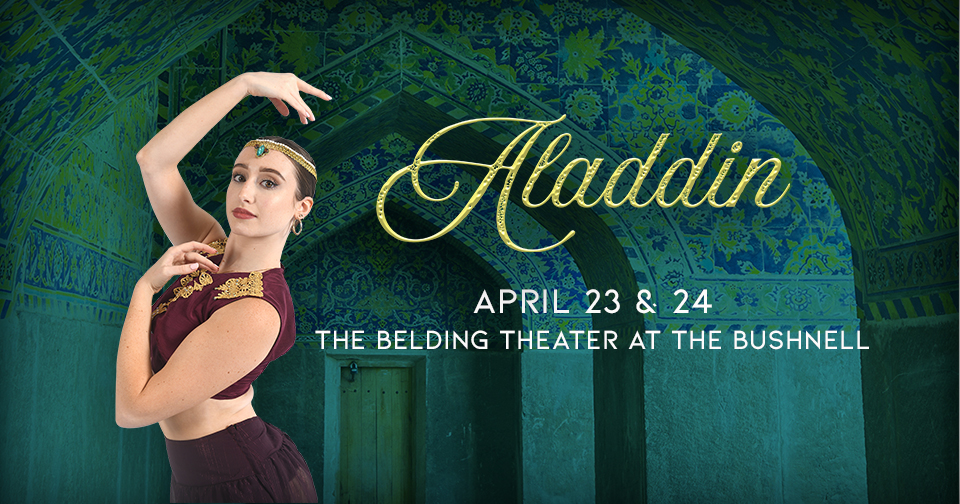 Follow Aladdin from the dynamic marketplace of his hometown as he sets off on an entrancing trip to the Cave of Riches, filled with dancing diamonds, rubies, sapphires, and more. On his return home, Aladdin catches a glimpse of the Princess that sparks a tumultuous journey filled with twists and turns. Guided by the powerful Djinn, Aladdin is faced with several challenges and conflicting choices that will leave audiences wondering, “will love prevail?”

Aladdin will premiere on The Bushnell’s Maxwell M. & Ruth R. Belding Theater stage in three performances; Saturday, April 23 at 2pm and 7pm and Sunday, April 24 at 3pm. The production will feature original choreography by Artistic Director Stephanie Dattellas, staged to Carl Davis’ riveting score and is based on the Middle Eastern folktales, “One Thousand and One Nights.” Instead of presenting an interpretive ballet of these cultural manifestations, Dattellas invited collaboration from two choreographers of Indian and Chinese dance who represent communities that are being depicted in the production’s storyline.